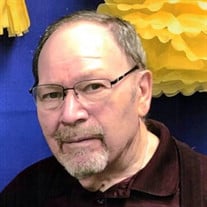 Anthony D. Holmes, 76, entered the gates of heaven on Thursday, August 25, 2021. He was born in Lebanon, Ohio on August 19, 1945, the eighth child of James and Cora (Johnson) Holmes. Mr. Holmes spent 37 years working on the assembly line at Ford Motor Company, Truck Plant in Louisville, Kentucky. He married Carol Sue Rommes on May 12, 1966. They raised two children together, Samantha and Doug. He loved anything and everything about cars, motorcycles and bikes. He owned several motorcycles throughout his life, Triumph’s were his favorite. He loved music of all kinds, especially the oldies. He was a gentle, kind soul and was known for his quick wit. He loved to go places and see new things. One thing he enjoyed was eating at new restaurants. Anthony was preceded in death by his father, James and his mother, Cora. Also his brothers James Dallas, Charles, Earl, Clyde, Hershel and his sisters Anna, Marcella and his son Douglas. He is survived by his daughter Samantha (Kenny) and daughter-in-law, Beth Holmes and his 8 grandchildren, Jeffrey, Ben, Luke, Leah (Andrew), Hollyanne (Ryan), Katelyn (Lucas), Madison and Levi as well as several nieces and nephews and one great grandson, Oliver. A service will be held on Saturday, September 4th at First Baptist Fisherville, 11893 Macon Road, Eads, TN with visitation from 10AM-Noon, with his service beginning at Noon. In addition, a Memorial Service, celebrating his life will be held on Monday, September 6th at Cornerstone Community Church, 10600 Lower River Road in Louisville, KY beginning at 11AM. While incredibly thoughtful and appreciated, in lieu of flowers, the family would ask that you instead honor Anthony by making a donation to a cause that was personal and very important to him. Below is the link for a HeartWalk that his daughter-in-law, Beth Holmes, is leading – in honor of Anthony’s son, Doug Holmes, who passed away last year, following a heart transplant. You’re welcome to only make a donation but you’re also invited to join in the virtual HeartWalk, on 9.11.21, to honor Anthony’s son and others who are still battling heart disease. Many thanks. https://www2.heart.org/site/TR/HeartWalk/SWA-SouthWestAffiliate?team_id=633713&pg=team&fr_id=6177.

Anthony D. Holmes, 76, entered the gates of heaven on Thursday, August 25, 2021. He was born in Lebanon, Ohio on August 19, 1945, the eighth child of James and Cora (Johnson) Holmes. Mr. Holmes spent 37 years working on the assembly line at... View Obituary & Service Information

The family of Anthony Douglas Holmes created this Life Tributes page to make it easy to share your memories.

Anthony D. Holmes, 76, entered the gates of heaven on Thursday,...

Send flowers to the Holmes family.