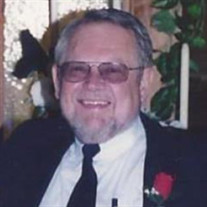 JONES, Bill R., age 80, of Washington Township and formerly of Waynesville, passed away Sunday, December 5, 2021, at Miami Valley Hospital. Bill graduated from Waynesville High School, class of 1959. He graduated from Ohio University in 1963 with a Bachelor of Arts in English with a minor in Human Relations- Psychology. He was a member of the Phi Kappa Tau fraternity. Bill retired from Ohio University in 2003 after 38 years of dedicated service. At the time of his retirement, he was the Assistant Vice President for Administration for Academic Services and received the title Registrar Emeritus. Prior to becoming the AVP, he served as the university registrar from 1995 to 2001. He also served as the Associate Registrar, DARS Coordinator, and assistant dean for the College of Arts & Sciences. He was tasked with implementing the university's degree audit system (DARS), which was a large undertaking across all campuses. Bill was proud of his involvement with youth hockey. He was the first president of the Athens Youth Hockey Association from 1978-82. He co-founded the Athens Hockey Club high school age team, which expanded hockey in Athens from a local city-run organization to a competitive USA Hockey program at all age levels. He was an enjoyable, loving gentleman that enjoyed being surrounded by his friends and family. He was a very devoted and caring grandfather and step-grandfather. Among many things, he will be remembered for his passion, which extended his entire lifetime, of collecting and selling antiques of all kinds. He was preceded in death by his son David Jones, parents Ora and Violet Jones, and one brother-in-law Gene Peak. He is survived by his loving wife of 19 years, Janet; one son Mike (Tamara) Jones; eight stepchildren; four grandchildren Jack, Pete, Cole, and Corinne Jones; 22 step-grandchildren; 16 step-great-grandchildren; one brother Jeff (Janis) Jones; and one sister Brenda Peak. The family will receive friends 11 - 1 PM Saturday, December 11 at Stubbs-Conner Funeral Home in Waynesville. A funeral service will immediately follow the visitation on Saturday at the funeral home. Brian Blankenship will be officiating. Burial will be at Miami Cemetery in Corwin. If desired, contributions may be made to the Lytle United Methodist Church. Condolences at www.stubbsconner.com.

The family of Bill R, Jones created this Life Tributes page to make it easy to share your memories.

JONES, Bill R., age 80, of Washington Township and formerly of...

Send flowers to the Jones family.