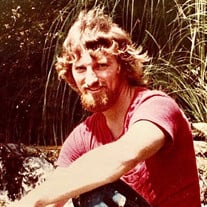 GROSS, Carl E., age 70, of Waynesville, passed away Friday, September 17, 2021, at Kettering Medical Center. Carl was a 1969 graduate of Clinton Massie High School. He has worked as a truck driver, mainly hauling freight across the country, for the past 47 years. He was currently employed at USF Holland but previously worked for Valley Steel and SuperValu. He was a member of the Fraternal Order of Eagles in Lebanon. Energetic, outgoing, and family-oriented, Carl was a lifelong workaholic and took pride in his work. He enjoyed working on cars and always admired classic cars. His first car was a ’69 Chevrolet Chevelle SS, which he always reminisced about owning during his younger days. His hobbies also included shooting pool with friends, gardening, tinkering in his garage, and working on home improvement projects. He enjoyed cooking and will be especially remembered for his peanut butter fudge and large country breakfasts. While his children were growing up and his wife was living, he made it a tradition to take his family to Myrtle Beach in South Carolina, often stopping in Gatlinburg on the way. He also traveled with his siblings to Branson and Gatlinburg many times over the years. He was preceded in death by his wife, Diane, in 2003; one daughter, Regina Jones; his parents Anderson and Nora Gross; and two sisters Crystal Jensen and Barbara Conley. He is survived by four daughters Diana Gross, Lisa (Ryan) Miokovic, Theresa (Jason) Rosebrough, and Jennifer (Mike) Ihle; three sons Carl (April) Gross, Jesse Gross, and Jamie (Jen) Servis; 18 grandchildren; three sisters Linda (Albie) Blackford, Donna (James) Drake, and Margie (Tom) Bramlett; one brother Harold (Cathy) Gross; son-in-law Sam Jones; and two brothers-in-law Robert Jensen and Doc Conley. Funeral services will be held Noon Saturday, September 25 at Stubbs-Conner Funeral Home in Waynesville. Burial will be in Miami Cemetery, Corwin. The family will receive friends 6 -8 PM Friday at the funeral home. Condolences at www.stubbsconner.com.

GROSS, Carl E., age 70, of Waynesville, passed away Friday, September 17, 2021, at Kettering Medical Center. Carl was a 1969 graduate of Clinton Massie High School. He has worked as a truck driver, mainly hauling freight across the country,... View Obituary & Service Information

The family of Carl E. Gross created this Life Tributes page to make it easy to share your memories.

Send flowers to the Gross family.