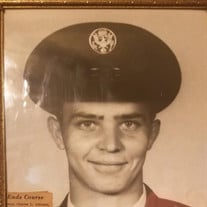 ATKINSON, Charles “Chuck” L., age 64, of Wilmington and formerly of Harveysburg, passed away Sunday, April 19, 2020 at his residence. Born in Oregonia, Ohio, one of seven children to Lee and Jean Haines. Chuck received an Associate’s Degree from Sinclair Community College and served in the Air Force during the Vietnam era. He retired in 2010 after owning and operating his own truck driving business for 30 years. Easy-going, yet stern and tough, Chuck was a man who believed in tough-love and was known more as a tell-it-like-it-is type of guy. He greatly enjoyed mushroom hunting, playing cell phone games, picking on his kids and grandkids, watching WWE on television, and working in his garage. He was mechanically inclined and was always helping someone out by fixing or maintaining their car in his garage. He always managed to find some use out of other people’s junk, which he also kept in mostly in his garage. His favorite pastime was fishing. While he took several trips to Lake Erie to catch walleye, the night trips to Caesar Creek Lake to catch catfish were his preference. Among many things, he will be remembered for the annual trips to watch the WEBN fireworks in Cincinnati with the family. They went 35 straight years to watch the fireworks, almost always from the Kentucky side of the river. He is survived by his wife Tammy, together 27 years; eight children Nikki (Chris) Pilcalko, Sylvia Caudill, Herschel Atkinson (Jamie Caton), Anthony Atkinson, Debbie Atkinson, Michael (Danielle) York, Billie York, and Stephen York (Sarihan); 21 grandchildren; 13 great grandchildren; and best friend since childhood, Steve (Beth) Brown. Due to the Covid-19 Pandemic, private services will be held at Stubbs-Conner Funeral Home in Waynesville with Pastor Joe Shutts officiating. Burial will be in Miami Cemetery, Corwin. During this difficult time, you are encouraged to pay your respects in alternative methods, such sending a sympathy card or sharing a memory through our online tribute wall. In addition, the services will be streamed live via the internet. If you wish to view the services on the live stream, please reach out to the family or to the funeral home to be added to the list. Condolences at www.stubbsconner.com.

ATKINSON, Charles &#8220;Chuck&#8221; L., age 64, of Wilmington and formerly of Harveysburg, passed away Sunday, April 19, 2020 at his residence. Born in Oregonia, Ohio, one of seven children to Lee and Jean Haines. Chuck received an Associate&#8217;s... View Obituary & Service Information

The family of Charles "Chuck" L. Atkinson created this Life Tributes page to make it easy to share your memories.

Send flowers to the Atkinson family.