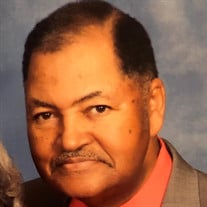 SANDERS, Charles W. age 70, of Waynesville, passed away on his 45th wedding anniversary, Sat. Dec. 23, 2017, at his residence. Charles was a 1967 graduate of Clinton Massie High School, and served in the U.S. Army during the Vietnam era. On Dec. 23, 1972, he married A. Carolyn Reynolds in Middletown. He earned a Bachelor’s Degree in Economics, Industrial & Labor Relations, from Wilmington College. He retired from GM in 1998 after 30 years of service. He was a deacon at Israel Baptist Missionary Church in Forest Park. Twice elected mayor of Waynesville, Charles was also a former treasurer and precinct committeeman for the Warren County Democratic Party. He was a member of the Warren County Municipal League, former president of the Waynesville Lions Club and Rotary Club, committee member for the Warren County Prayer Breakfast, member of the Quaker Heights Care Community board, and was currently a trustee for the Harveysburg Historical Society. For nearly 15 years, he greatly enjoyed driving a bus for Lakefront and worked for other transportation companies. He loved to travel, and especially enjoyed taking children on numerous trips to such places as the World’s Fair and weekend outings to the movies. He also enjoyed DIAA trap shooting during his days at GM. Charles was preceded in death by his parents William and Ida Sanders, step mother Essie Sanders, and one brother Ronald Sanders. He is survived by his wife A. Carolyn Sanders and siblings Leroy Sanders, Marjorie (Russ) Oliver, Frederick (Pam) Sanders, William (Lucy) Sanders, Earl (Tina) Sanders, and Ruth Ann Rosser. He is also survived by two aunts, an uncle, many nieces, nephews, cousins, and a host of friends and acquaintances. The evening wake will be held 5:00 - 9:00 pm Fri. Jan. 5, 2018 at the Waynesville First Baptist Church, 1009 Lytle Rd., Waynesville. The morning wake will be held 9:30-10:30 am Sat., Jan. 6 at the Israel Baptist Missionary Church, 1050 Kemper-Meadow Rd., Forest Park. The funeral service will be held 10:45 am Sat. at the church. At the end of the service the funeral party will leave the church and caravan to Miami Cemetery in Corwin, OH, which is approximately a 45 minute drive. Graveside services, military honors and internment will be in the veteran section of the cemetery. Family dinner will be held, after the immediate family returns, to First Baptist Church, 1009 Lytle Rd., Waynesville, OH. Condolences at www.stubbsconner.com. In lieu of flowers, please donate to the Charles W. Sanders Memorial Fund by writing a check or money order to A. Carolyn Sanders, P. O. Box 637, Waynesville, OH 45068. On the memo line, write the area you want to support, such as CWS MF - Food, CWS MF - Advertising, CWS MF - As Needed. Thanks.

SANDERS, Charles W. age 70, of Waynesville, passed away on his 45th wedding anniversary, Sat. Dec. 23, 2017, at his residence. Charles was a 1967 graduate of Clinton Massie High School, and served in the U.S. Army during the Vietnam era. On... View Obituary & Service Information

The family of Charles W. Sanders created this Life Tributes page to make it easy to share your memories.

SANDERS, Charles W. age 70, of Waynesville, passed away on his...

Send flowers to the Sanders family.