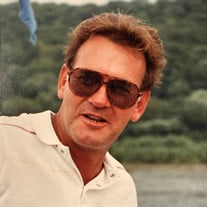 WHALEN, Charles K., age 80, of Lebanon, passed away Saturday, January 1, 2022, at Atrium Medical Center in Middletown. Charles retired in 2000, from U.S. Shoe as a courier after 16 years of service. He attended Citygate Church in Lebanon with his wife. With a positive outlook on life, he never knew a stranger and always had an encouraging word to say to others. He was very compassionate to his family and friends. Most people knew that he despised winter and thoroughly enjoyed being in the warm weather that summer provided, which is probably why Fourth of July was his favorite holiday. He enjoyed watching U.C. Bearcat basketball, the Cincinnati Reds, and of course, his favorite of all- horse racing. Traveling to Kentucky to visit his family was always one of his preferred adventures. He was preceded in death by his parents Donald Whalen and Reba Holt; one brother Larry Whalen; and one sister Phyllis Greene. He is survived by his wife of almost 26 years, Sonja; one son Michael (Christy) Whalen; one daughter Jeanette Miller; three grandchildren Kara (Kyle) Temple, Madison (Justin) Henning, McKenzie Whalen; five great-grandchildren Aria, Rhett, Asher, Stella, and Kayden; two brothers Jay (Flora) Perkins and James Whalen; two sisters Joan McCurry and Gail (Charles) Tierney; and numerous niece and nephews. The family will receive friends 11 AM -1 PM Saturday, January 8, 2022, at Stubbs-Conner Funeral Home in Waynesville. The funeral service will immediately follow the visitation at 1 PM on Saturday at the funeral home. Burial will be at Miami Cemetery, Corwin. If desired, contributions may be made to Hospice of Cincinnati and/or Meals on Wheels. Condolences at www.stubbsconner.com.

WHALEN, Charles K., age 80, of Lebanon, passed away Saturday, January 1, 2022, at Atrium Medical Center in Middletown. Charles retired in 2000, from U.S. Shoe as a courier after 16 years of service. He attended Citygate Church in Lebanon with... View Obituary & Service Information

The family of Charles K. Whalen created this Life Tributes page to make it easy to share your memories.

Send flowers to the Whalen family.