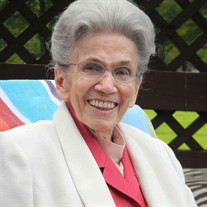 UPTON, China M., age 82, of Lebanon passed away Sun. Dec. 6, 2015 at Hospice of Cincinnati in Blue Ash. Throughout the years, China worked at NCR, Cincinnati Microwave, and many years for Hallmark. More recently, she dedicated her life to... View Obituary & Service Information

The family of China M. Upton created this Life Tributes page to make it easy to share your memories.

Send flowers to the Upton family.