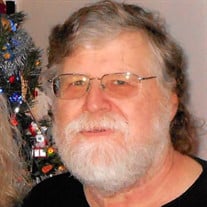 FAIRCHILD, Dan W., age 69, of Lebanon, passed away Monday, January 3, 2022, at Kettering Medical Center surrounded by his family. Dan was born December 22, 1952 to Ray and Alice Fairchild in Middletown, Ohio. Dan graduated from Lebanon High School, class of ’71. He retired from Sprint after 30 years of service to the company. After retiring from Sprint, he went back to work at Home Depot in Lebanon, where he proudly worked another 15 years. Loving and caring, Dan was hardworking and had a good sense of humor. Over the years, he greatly enjoyed gardening, especially growing big tomatoes, watching westerns on TV, and riding his motorcycle. His first and last motorcycles were Harley Davidson and he always appreciated them greatly. It became a tradition over the years for Dan and his wife to ride out in the country, with the purpose of enjoying the scenery, the covered bridges in the area, and getting his wife lost for fun. Among many things, Dan will be remembered for how much he enjoyed working on projects around the house. He always insisted on doing the electrical, plumbing, and other specialty work at his home. After retiring, Dan discovered pickleball which he enjoyed playing at Springboro YMCA with friends. His joys in life were his family, especially his grandkids. He is survived by his wife of nearly 50 years, Judy; two sons Denny (Rachel) Fairchild and Joey (Gabriel) Fairchild; two grandchildren Gavin and Bryce; and his grand-dog, Laci. A celebration of life gathering will be held 3:30 - 5:30 PM Saturday, January 8 at Stubbs-Conner Funeral Home in Waynesville. Burial will be in Miami Cemetery, Corwin. If desired, contributions may be made to the American Heart Association. Condolences at www.stubbsconner.com.

The family of Dan W. Fairchild created this Life Tributes page to make it easy to share your memories.

Send flowers to the Fairchild family.