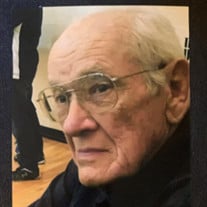 SIMPSON, Dan W., age 88, of West Carrollton, passed away Wednesday, February 10, 2021 at Sycamore Hospital. Dan graduated from Waynesville High School, class of ’50. He excelled in basketball during his high school days as a three year letterman and leading scorer and rebounder in 1948, 1949, and 1950. He was on the first team All Warren County, the Warren County basketball champions of 1947, and the first team all district of 1950. He served in the Army during the Korean Conflict era and earned a Bachelor’s Degree in education from Wilmington College. While in college at Wilmington, he played basketball and averaged 27 points per game as a senior and was an NAIA All American and Hall of Fame member. While he worked as a homebuilder in area for nearly 20 years, it was his years coaching basketball for Waynesville High School that he was most proud of. During the years of 1957-1962, his teams went 105-37 and was champion of the Warren County Tournament. He was inducted into the WHS Athletic Hall of Fame in 1997 as both player and coach. Ornery, loving, family oriented, funny, and disciplined, Dan was both direct and straight forward. His favorite pastime was basketball, inclusive of playing, watching and coaching. He also loved creating and keeping very detailed stats and records. His other hobbies included going to horse races, playing video poker, and visiting Las Vegas on a regular basis. Spending time with his grandchildren however, gave him the most joy. He was very proud of his grandchildren and especially delighted in watching them play sports. He created many memorable moments with his family over the years, but the yearly trips to Florida while they were growing up and the many cruises with his wife will always be regarded as some of his favorites. Among many things, he will be remembered for the family get togethers that always involved games of euchre and Texas Hold’em, and outdoor games of croquet during the earlier years. He was preceded in death by his parents Vernon and Emma Belle Simpson, his brother Ted Simpson, and sister Sandra Horn. He is survived by his wife of 68 years, Carlotta; five children Chris Simpson, Mike (Francine) Simpson, Jackie (Eric) Measel, Amy (Brian) Powell, and Dean Simpson; six grandchildren Nikki (Cody) Hammock, Cory (Trish) Hough, Blake Simpson, Erica Osborne, Travis Osborne, and Garett Powell; great granddaughter Byrdie; his sister Susie Spencer; and many step grandchildren and great grandchildren. The family will receive friends 2-4 PM Sunday, February 14 at Stubbs-Conner Funeral Home in Waynesville. A celebration of life service will be held immediately following the visitation at 4 PM on Sunday at the funeral home. In lieu of flowers, contributions may be made to the Waynesville Athletic Department, 659 Dayton Rd., Waynesville, Ohio 45068. During this difficult time, if you are feeling ill or unhealthy in any way, you are encouraged to pay your respects in alternative methods, such as sending a sympathy card or sharing a memory though our online tribute wall. In addition, the services will be streamed live via the internet. If you wish to view the services on the Webstream, please click the link below Dan’s obituary on your mobile device at www.stubbsconner.com or by accessing it from tribute wall tab of Dan’s page via computer or tablet. Be sure to bring your mask to wear while you are inside the funeral home. Condolences at www.stubbsconner.com.

The family of Dan W. Simpson created this Life Tributes page to make it easy to share your memories.

Send flowers to the Simpson family.