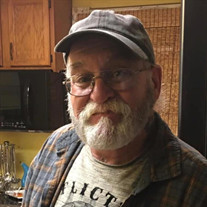 PILKINGTON, Darwin Scott, age 64, of Dayton and formerly of Gastonia, North Carolina, passed away at his residence on Wednesday, February 2, 2022. Scott started his career at Hobart Manufacturing, where he learned most of his lifelong skills in machinery. He has been employed for Integrity Manufacturing in Dayton for the past 23 years. He specialized as a toolmaker and machinist and was the go-to guy when the machines needed servicing. Eccentric, mechanically-inclined, and a deep thinker at times, Scott was unconditionally loving, a collector of abstract things, and eloquently described as “the friendliest dude you’ve ever met.” He was playful and fun and loved to shock his friends and family when poking fun with them. He was a surreal artist and would collect anything unusual or interesting. His favorite items to collect were dragons, artistic dragon eggs, and gargoyles. He could fix anything and enjoyed working on cars. He enjoyed playing video games, reading Discover magazine for his inquisitive side, and was a champion for homeless people. Over the years, he donated countless time and resources in feeding, transporting, and clothing people of need, living by his quote, “I was put on earth to serve others.” Each year, it became a tradition for Scott to host a big poker party during his birthday celebration, complete with friends, family, and anyone willing to join the ranks. Birthdays were important to Scott and his wife, whereby they treated each other like king or queen on their big day, complete with chores, tasks, and favors being catered to for the birthday person. This ultimately became another family tradition, passed down to the kids and now the grandkids. Another tradition was his insistence on growing and cutting his own Christmas trees, which he did with his grandchildren each holiday season. Among many things, he will be remembered for keeping his family in tune with each other within his home and whenever the house became quiet, which led to a special medication connection from room to room between family members. He was preceded in death by his parents, Hoy Pilkington and Lorene Starnes, and one brother, Kurt Pilkington. He is survived by his wife of 46 years, Della; two daughters, Destiny (Brian) Stevens and Charity (Ellis) Keeton; six grandchildren, Randall Scott, Seth, Sophia, Caleb, Cloe, and Ellis IV; one brother, Phillip (Faye) Pilkington; his stepfather, Riley Starnes; best friend, Dales Lewis; and several family members and chosen friends. A celebration of life gathering will be held 3 - 6 PM Saturday, February 12 at Stubbs-Conner Funeral Home in Waynesville. A celebration of life service will immediately follow the gathering at 6 PM Saturday at the funeral home. In Scott’s memory, contributions may be made to St. Vincent de Paul or the food shelter of your choice. Condolences at www.stubbsconner.com.

PILKINGTON, Darwin Scott, age 64, of Dayton and formerly of Gastonia, North Carolina, passed away at his residence on Wednesday, February 2, 2022. Scott started his career at Hobart Manufacturing, where he learned most of his lifelong skills... View Obituary & Service Information

The family of Darwin Scott Pilkington created this Life Tributes page to make it easy to share your memories.

PILKINGTON, Darwin Scott, age 64, of Dayton and formerly of Gastonia,...

Send flowers to the Pilkington family.