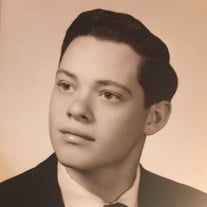 TAYLOR, David K., age 77, of Lebanon, passed away Fri. Sept. 7, 2018 at Cedarview Nursing & Rehab in Lebanon. David graduated from Roosevelt High School in Dayton and received an Associate’s Degree from Sinclair College. He worked over 20 years at Dayton Press and later retired from First National Bank in Lebanon in 2003 With an outgoing personality, David was a well known jokester who enjoyed making people laugh. He loved movies, especially older movies starring John Wayne, and became quite savvy in movie trivia. Having once dreamt of owning a movie theater, he started collecting VHS movies that totaled over 1,700 at one time. He also loved music of all kinds and even sang in a quartet called Three Dots & A Dash. In his younger days, he was the music director at a Baptist church in Dayton. His all-time favorite song was Danny Boy sung by Jackie Wilson. He greatly enjoyed sports, especially ice hockey, college football, and anything involving the OSU Buckeyes. He became quite the statistician and challenged himself on sports related stats before and during games. He even coached a girls softball team in his earlier days, and always reminisced about a state tournament run with one particular team. In his later years, he greatly enjoyed the outdoors and the regular camping trips to Pike Lake with his wife. He will be remembered most affectionally for his never ending faithfulness for his wife, Olivia. He was preceded in death by a former spouse Wendy and his parents Arva Lee and Gertrude Taylor. He is survived by his wife of 29 years, Olivia; four sons Dana Taylor, Sean Taylor (fiancee Dana Flowers), Bill Sipe, and Jason Sipe; one daughter Valerie Blair; three grandchildren Nathan Blair, Stephani Blair, and Selina Kraemelmeyer; and great granddaughter Athena. Funeral services will be held 1 PM Tues. Sept. 11 at Stubbs-Conner Funeral Home in Waynesville. Burial will be in Miami Cemetery, Corwin. Betty Wells will be leading the celebration of life service. The family will receive friends 11 AM - 1 PM Tues. at the funeral home. Condolences at www.stubbsconner.com.

The family of David K. Taylor created this Life Tributes page to make it easy to share your memories.

Send flowers to the Taylor family.