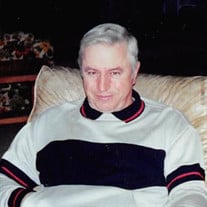 GROSS, Earl H., age 78, of Clarksville, passed away Thursday, May 27, 2021 at his residence with his family by his side. Earl graduated from Harveysburg High school and served his country in the National Guard. He worked 30 years at GM, fulfilling his commitment to the company in 1985. However, his real work passion was farming, which was a lifelong occupation. Ornery, quiet, humble, and very knowledgeable, Earl enjoyed spending time outdoors. His favorite pastimes included fishing, gardening, and when he was young, trapping. Fishing was definitely his favorite over the years, owning several different types of boats for the purpose. While Caesar Creek Lake and Lake Cowan were his regular fishing holes, he spent several years traveling to Florida during the months of October through March for the primary purpose of fishing the inland waterways. The St. John River was his go-to in Florida for fishing. He enjoyed fishing so much that he was involved in a bass club for many years. He was also handy and liked to make his own fishing lures and bird houses. Among many things, he will be remembered for the nice trips to Canada and Lake Erie with his wife during their younger days and for how much he enjoyed watching westerns on tv. He also enjoyed watching sports on tv, especially UK basketball, the Cleveland, Browns, the Little League World Series, and to the torment of his family, bass fishing championships. He was preceded in death by his parents Edward and Helen Gross and two brothers Larry and Eddie Gross. He is survived by his wife, Martha “Janie”, together 56 years; three children Cheryl (Jeff) Hottinger, David (Lindsey) Gross, and Robin Gross (B.J. Hamilton); four grandchildren JD and Katie Hottinger, DJ and Ashley Gross; three brothers Donald Gross, Jerry (Glenda) Gross, and Dwayne (Rhonda) Gross; and three sisters Betty (Carlos) Rice, Patricia McComas, and Deborah Heddings. A celebration of life service will be held 11 AM Thursday, June 3 at Stubbs-Conner Funeral Home in Waynesville. Burial will be in Clinton County Memorial Gardens, Wilmington. Celebrant Katie Mackoway will be leading the services. The family will receive friends 6 -8 PM Wednesday at the funeral home. Condolences at www.stubbsconner.com.

GROSS, Earl H., age 78, of Clarksville, passed away Thursday, May 27, 2021 at his residence with his family by his side. Earl graduated from Harveysburg High school and served his country in the National Guard. He worked 30 years at GM,... View Obituary & Service Information

The family of Earl H. Gross created this Life Tributes page to make it easy to share your memories.

Send flowers to the Gross family.