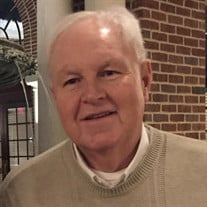 McCarren, Francis “Frank” W., age 72, of Waynesville, passed away Sunday, August 23, 2020 at his residence. Frank was born June 23, 1948 in Dayton, Ohio to Robert and Edith McCarren. He graduated from Clinton Massie High School, class of ’66. He retired from the Lebanon Correctional Institute in 2002 as farm manager after 31 years of service. He also farmed his own land, including his family’s farm, for most of his life. He mostly focused on hogs, cattle, and crops at his home farm. He was a member of the Friendship Baptist Church near Harveysburg and the Warren County Farm Bureau. Loving, family-oriented, and generous, Frank was well-liked by all who knew him and loved to joke with the grandkids. Over the years, he was helpful to others but didn’t want to be a burden on people, so he rarely requested help back. While farming was his life passion, he liked taking day trips when his kids were young to Kings Island to ride the roller coasters, to the zoo, and to Seven Caves. In more recent years, he enjoyed taking trips to Amish country with his wife. He also loved riding ATV’s with his grandchildren around the farm. He collected precision scale tractors and enjoyed the novelty that they brought to the real machines he owned. Among many things, he will be remembered for his love of gathering with his cousins in the morning in the barns for coffee, green tea in his case as he never liked the taste of coffee. He was preceded in death by his parents and two brothers Wilbur and Davis McCarren. He is survived by his wife of 51 years, Barbara; son Warren (Jonda) McCarren; daughter Stephanie (Darren) Rinehart; and five grandchildren Nora Rinehart, J.T. McCarren, Gracie McCarren, Ethan Rinehart, and Maggie Rinehart. Funeral services will be held 11 AM Thursday, August 27 at Stubbs-Conner Funeral Home in Waynesville. Burial will be in Miami Cemetery, Corwin. The family will receive friends 5 - 8 PM Wednesday at the funeral home. If desired, contributions may be made to Crossroads Hospice of Blue Ash. During this difficult time, if you are feeling ill or unhealthy in any way, you are encouraged to pay your respects in alternative methods, such as sending a sympathy card or sharing a memory though our online tribute wall. In addition, the services will be streamed live via the internet. If you wish to view the services on the live stream, please reach out to the funeral home to be added to the list. Be sure to bring your mask to wear while you are inside the funeral home. Condolences at www.stubbsconner.com.

The family of Francis "Frank" W. McCarren created this Life Tributes page to make it easy to share your memories.

Send flowers to the McCarren family.