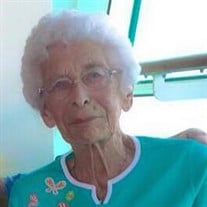 BLANKENSHIP, JACQUELINE ANN “Jackie” (SALLER) Jackie Blankenship, formerly of Lansing, more recently of Waynesville, Ohio went to her rest early on New Year’s morning, surrounded by her four children, and the love of family and friends. Jackie grew up in Lansing and attended Lansing Eastern H.S. She was a full time mother and housewife as well as a sought-after secretary and office administrator for several builders. She was an avid reader, and loved to crochet and travel. She is survived by her husband of 61 years, Mel Blankenship, and their four children – Brian (Cindy) Blankenship, Waynesville, Ohio, Lori Blankenship of Lansing, Keith Blankenship of Potterville, and Steven (Jeanne) Blankenship of Temperance; six grandchildren: Holly, Scott, Brent Andrea, Mark and Erica; four great grandchildren: Peyton, Madison, Avery and Adelynn; and brother John (Pat) Saller of Laingsburg. She was predeceased by her parents, Jack and Helen Saller. Celebration of life will be 1 PM Sunday, June 10, 2018 at Camp Grayling's Officers Club in Grayling, Michigan. Luncheon will begin one hour prior to the service, at noon at the club. Please contact Brian Blankenship, 937-902-1150, for more details. In lieu of flowers or donations, we ask you to buy flowers for someone you love, and present them in Mom’s name. Cards can be sent to Mel Blankenship, 653 Robindale, Waynesville, Ohio 45068.

The family of Jacqueline Ann "Jackie" Blankenship created this Life Tributes page to make it easy to share your memories.

Send flowers to the Blankenship family.