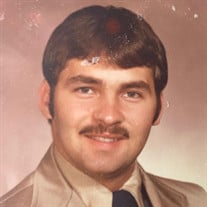 BAUER, Jaime H., age 61, of Gahanna and formerly of Waynesville, passed away Tuesday, August 25, 2020 at his residence. Jaime was a Waynesville High School graduate, class of ’77. He attended Eastern Kentucky University where he earned his bachelor’s degree and joined the Sigma Alpha Epsilon fraternity. In his younger years, Jaime was an active golfer. While he was in high school, he participated in the state championship tournament in golf. As an adult, he could be seen at Holly Hills Golf Club in Waynesville, where he was well known. He was a member of the Waynesville Son’s of the American Legion (SAL) Post 615. His passions were helping others every chance he had and listening to the Dave Matthews band. Jaime will be remembered for his larger than life personality who loved to have a good time, was always upbeat, and ready to tell a joke or give a good laugh. He was preceded in death by his parents Harold “Foxie” and Mary June Bauer. He is survived by one son Jacob Bauer; one daughter Elizabeth Bauer; one brother Randy (Janet) Dunlap; and two sisters Angie (Jim) Tipton and Lana Dunlap-Stallone. A celebration of life service will be held 10:30 AM Saturday, September 12 at Stubbs-Conner Funeral Home in Waynesville. Burial will be in Miami Cemetery, Corwin. Life celebrant, Katie Mackoway, will be officiating. The family will receive friends 9:30 – 10:30 AM Saturday, September 12 at the funeral home. During this difficult time, if you are feeling ill or unhealthy in any way, you are encouraged to pay your respects in alternative methods, such as sending a sympathy card or sharing a memory though our online tribute wall. In addition, the services will be streamed live via the internet. If you wish to view the services on the live stream, please reach out to the funeral home to be added to the list. Be sure to bring your mask to wear while you are inside the funeral home. Condolences at www.stubbsconner.com.

BAUER, Jaime H., age 61, of Gahanna and formerly of Waynesville, passed away Tuesday, August 25, 2020 at his residence. Jaime was a Waynesville High School graduate, class of &#8217;77. He attended Eastern Kentucky University where he earned... View Obituary & Service Information

The family of Jaime H. Bauer created this Life Tributes page to make it easy to share your memories.

BAUER, Jaime H., age 61, of Gahanna and formerly of Waynesville,...

Send flowers to the Bauer family.