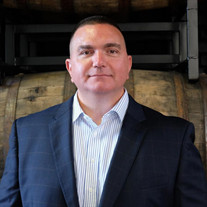 Klein, Jason Christopher, age 49, of Waynesville, OH passed away unexpectedly on Monday, January 10, 2022. To many, he was larger than life, kind, humble, fun-loving, and dedicated to his family. He enjoyed riding his Harley Davidson and being with his dogs, which he treated just like his children. Jason dreamed big and was always talking about where to travel next, which usually ended with a trip to Maine where he and his family could enjoy the coast, lobster, and the memories of their Maine wedding. Among many things, he will be remembered for being an amazing husband and father who was the rock of the family, and always loved and cared for his stepson as his own. Jason was an innovator, entrepreneur, co-founder, and Chief Disruption Officer of Infinity Labs with over 20 years of experience in the defense industry. He held an MBA, had begun pursuing his Ph.D., and was dedicated to business growth and workforce development. Jason graduated from New Philadelphia High School, class of 1990. Jason’s college football career at Baldwin Wallace University was unique in that he played for the Yellow Jackets in the early ’90s and later completed his fourth year of eligibility in 2009. He was a Non-Commissioned Officer in the United States Marine Corps serving as an electronic intelligence analyst from 1996-2002. He is survived by his wife of 5 years, Sara Mills Klein; step-son Alex Mills; parents Georgiane (Scott) Condo and Steve (Jennifer) Klein and; grandmothers Bessie Demis and Anna Lou Klein; step-grandmother Carol Midway; brother Matthew Klein (companion AmariYah Israel); step-sister Carrie (Eric) Williams; mother-in-law Sharon Gaul; brother-in-law Jay Gaul (fiancée Rachael Ayoob); nieces Maria Williams and Gabriella Gaul; nephew Evan Gaul; his beloved dogs Jasper, JoJo, and Remy; and many aunts, uncles, and cousins. He was preceded in death by his grandfathers George Demis, Robert Klein; step-grandfather Bob Condo; and nephew Henry Williams. The family will receive friends 5 - 8 PM Friday, January 14 at Stubbs-Conner Funeral Home, 185 N. Main St, Waynesville, OH. A second visitation will be held 1 - 2 PM Saturday, January 15, followed immediately by a celebration of life at 2 PM, all at the funeral home. Honorable James F. Long will be officiating. If desired, contributions may be made to the Colorado Wolf & Wildlife Center, PO Box 713, Divide CO 80814 and/or SICSA 8172 Washington Church Rd, Dayton OH 45458. Condolences at www.stubbsconner.com.

Klein, Jason Christopher, age 49, of Waynesville, OH passed away unexpectedly on Monday, January 10, 2022. To many, he was larger than life, kind, humble, fun-loving, and dedicated to his family. He enjoyed riding his Harley Davidson and... View Obituary & Service Information

The family of Jason Christopher Klein created this Life Tributes page to make it easy to share your memories.

Send flowers to the Klein family.