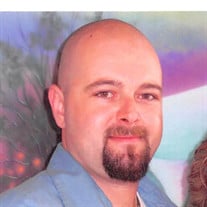 KELLY, Jeffrey Allen, 43, of Lebanon died unexpectedly at his home on Wednesday, June 24, 2020. He was born July 27, 1976 in Reed City, Michigan to William J. and Debra Jo (Hamminga) Kelly. Jeff enjoyed watching sports on TV and was an avid... View Obituary & Service Information

The family of Jeffrey A. Kelly created this Life Tributes page to make it easy to share your memories.

KELLY, Jeffrey Allen, 43, of Lebanon died unexpectedly at his...

Send flowers to the Kelly family.