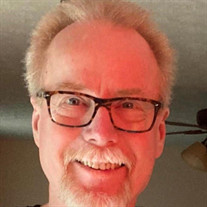 KEEGAN, Joseph A., age 69, of Waynesville and formerly of Staten Island, NY, passed away Saturday, November 14, 2020 at his residence with his wife Patti by his side. Joe earned a B.A. Degree in Music Therapy from Queens College in New York and a M.A. Degree in Early Childhood Education from New York University. An educator during most of his adult life, he finished his teaching career as Head of School for Gloria Dei Montessori School in Dayton. Following his official retirement, he worked part-time as office manager and paralegal in real estate for the Patricia Campbell Law Firm in Bellbrook. He was a member of the St. Paul Catholic Church in Yellow Springs. In addition, he was a member of the Motorcycle Sport Touring Association and lifetime member of the American Motorcyclist Association (AMA). Intelligent, gentle, idealistic, dynamic, attentive, charming, thoughtful, kind, fun, and a good listener, Joe excelled at many things. He had a life-long passion for motorcycles, and loved riding in all kinds of weather, earning his Polar Bear patch during the Blizzard of 1996 with his wife Patti. He enjoyed passing on his love of riding to others as a motorcycle safety instructor. Never idle, Joe liked to keep himself busy in his wood shop creating handcrafted furniture for the people he loved. Nicknamed Joe Red by some of his closest friends, his red hair drew the attention of others, as did his witty sense of humor. Another of Joe’s talents was music. He played piano, clarinet, and trumpet, and he shared his love of music by playing at family gatherings, birthdays, and weddings. Joe earned a private pilot license and enjoyed flying small planes. He took his first solo flight on August 15, 1987 at Linden Airport in New Jersey. His other hobbies included growing a vegetable garden and cooking fresh meals for his family. An avid fan of the New York Times crossword puzzle, he often began the day working on puzzles. He and his wife Patti liked to play Scrabble during mealtimes, including a game that lasted almost 20 years. Joe was a Friend of Bill W. and a mentor to many men over the years. His focus was always on how he could be of service to others and leaving the world a better place than he found it. A natural educator, he earned his Montessori teaching credentials, and taught children ages 6-9 years-old. As a father and grandfather, Joe was committed to passing on his love of learning new things and being curious about the world. He took his grandchildren rockhounding for geodes, and taught them how to make their own creations in his woodshop. He was preceded in death by his parents John and Maria Keegan and his brother Tom Keegan. He is survived by his wife of 23 years, Patti; two sons Patrick (Shannon) Keegan and Justin Heilmeier; two grandchildren Seamus and Deirdre Keegan; three brothers Henry, Frank, and John Keegan; and five sisters Therese McKeown, Margaret Lettieri, Patricia Fischer, Sister Betty Keegan, and Mary Lou Stoessel. A private memorial mass will be held at St. Paul Catholic Church in Yellow Springs. The services will be streamed live via a link accessible on St. Paul Catholic Church's website, www.stpaulyellowsprings.org. You are instructed to click on the Facebook link via their webpage to view the service. If desired, contributions may be made to the General Service Office of AA, P. O. Box 459, Grand Central Station, New York, NY 10163 or via their website at contribution.aa.org. Stubbs-Conner Funeral Home in Waynesville is serving the family. condolences at www.stubbsconner.com.

KEEGAN, Joseph A., age 69, of Waynesville and formerly of Staten Island, NY, passed away Saturday, November 14, 2020 at his residence with his wife Patti by his side. Joe earned a B.A. Degree in Music Therapy from Queens College in New York... View Obituary & Service Information

The family of Joseph A. Keegan created this Life Tributes page to make it easy to share your memories.

KEEGAN, Joseph A., age 69, of Waynesville and formerly of Staten...

Send flowers to the Keegan family.