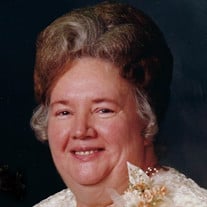 HAMILTON, Mary Jane, age 80, of Spring Valley, passed away Tues., Dec. 24, 2019 at Oak Creek Terrace Nursing & Rehab Center in Kettering. Mary graduated from Waynesville High School, class of ’57. She was a member of the Revealed Truth Tabernacle in Springboro. For over 15 years, she volunteered at Green Memorial Hospital. When she was younger, she took great pride in growing huge gardens. She enjoyed canning her vegetables as a rewarding way to preserve her harvest. Many can also recall her love for sewing and how she would make Easter dresses every year for her daughters. In her spare time, she could be found reading Amish stories, the Bible, and of course her many catalogs. Mary was well known for her cooking. She was recognized for being a snacker and eating her meals backwards, starting with the dessert and especially the pie. She was famous for her southern county style of cooking and no one could beat her chicken ‘n dumplings. Mary and her family rarely went on vacation, because she loved her home so much. She was a true role model and set an example for those around her. When she knew she was right she could be very stern, but she was very loving to everyone that got to know her. Her children were her life. On numerous occasions, she told them she wished she could have them all over again because they were her pride and joy. She will be greatly missed by many. She was preceded in death by her husband Charles in 2012; parents Virgil and Cardilla Rhodes; and two brothers Charles Rhodes and Floyd Hoffer. She is survived by her two sons Darryl Hamilton and Stephen (Regina) Hamilton; two daughters Teresa (Ron) Wolfenbarger and Kristina (Rob) Callaway; 15 grandchildren Rebecca Ann (Brian) Freland, Laura (Douglas) Sevart, Charles “Chuck” Hamilton, Grant Callaway, John (Heather) Wolfenbarger, Vallerie (James) Bodine, Renee (Jason) Lincoln, Melody Spence, Adam (Megan) Hamilton, Charity Hamilton, Anna Hamilton, and Josh Hamilton; 22 great grandchildren; two great great grandchildren; and one brother Kenneth (Patricia) Rhodes. Funeral services will be held 1 PM Sat., Dec. 28 at Revealed Truth Tabernacle in Springboro. Stephen Hamilton and William Layton will be officiating. Burial will be in Miami Cemetery in Corwin. The family will receive friends 11 AM -1 PM Sat. at the church. If desired, contributions may be made to Hospice of Dayton. Stubbs-Conner Funeral Home in Waynesville is handling arrangements for the family. Condolences at www.stubbsconner.com.

The family of Mary Jane Hamilton created this Life Tributes page to make it easy to share your memories.

Send flowers to the Hamilton family.