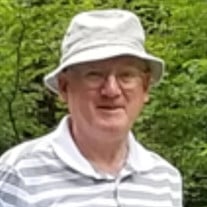 Norman Clinton Leet, 71, of Waynesville, Ohio, died of natural causes at home earlier this month. He was preceded in death by his parents Clinton Harold Leet and Lorraine Viola Westcott Leet of Honesdale, PA. Norm was born in Susquehanna, PA. He graduated from Honesdale High School in 1968. At Indiana Institute of Technology, Norm studied aeronautical engineering and was a member of the American Institute of Aeronautics and Astronautics, graduating in 1973. Norm’s heart was always in the sky. His interest in flying began when his dad gave him a ten-cent-per-pound ride with a barnstormer in the early 1950s. During childhood Norm modified balsa wood models to change their performance as he swung them from the end of a fishing pole. He studied the flight path of model airplanes launched from the attic window. He went on to earn his Private Pilot’s license flying Cessnas, a 1953 Chipmunk, a Saber Acrobatic, home builds, and gliders. Norm brought his passion for flying home to family reunions, leading to the family to ford a river and hunt through the woods for his lost remote control plane. He equipped the children with water propelled rockets to the delight of multiple generations. Norm’s professional life was spent designing aircraft as a civilian engineer at Wright Patterson Air Force Base. Early in his career he analyzed load and stress for the A-10 System Program Office. He served as Lead Engineer for all B-52 weapon integration programs. Norm served as Chief Flight Engineer for the C/KC-135 Developmental Systems Office. The project he was most proud of was the F-35 Joint Strike Fighter. Norm was awarded the Air Force Outstanding Civilian Service medal. In 2011, after 37 years of service, he retired from the Aeronautical Systems Center, WPAFB, OH. Norm enjoyed volunteering as part of a glider crew at Caesar Creek Soaring Club in Waynesville, OH. He spent a lot of time at the club and knew many of the 175 + members. He was always friendly, with a positive attitude and willingness to help. Norm was very knowledgeable regarding the club members’ common interests and shared many stories, articles and pictures regarding aviation personally and in the club’s monthly newsletter. He was a wonderful friend and club member. He will long be remembered for all he did for the club and each of us who had the pleasure of knowing him. Norm is survived by Martha Leet Clister and her husband Dave of Pittsburgh, PA; Chris H. Leet of Box Elder, SD; Lois J. Leet of Gig Harbor, WA; Elaine G. Leet of Moscow, PA; nephews Roy D. Carrick and wife Taira of Groton, SD and C. Bruce Carrick and his wife Sharon of Honesdale, PA; Jackie Clister Althoff and her husband Stefan of Reilingen, Baden-Wuttemberg, Germany; Terri Clister and fiancé Jamie Middlebrook of Hillsboro, OR. Surviving great-nieces and nephews are Lena and Lukas Althoff; Kailyn, Andrew, Abiagael, Dixon, and Clara Carrick. He was predeceased by great niece Sierra Mae Carrick and great nephew Connor Ray Carrick. A memorial service will be held at the Caesar Creek Soaring Club in Waynesville, OH, on a spring date to be decided. Those wishing to honor Norm’s life are encouraged to donate to the Caesar Creek Youth Soaring Association, Caesar Creek Soaring Club, 5375 Elbon Rd, Box 920, Waynesville, OH 45068 USA. http://www.soarccsc.com/ Arrangements are being made through Stubbs-Conner Funeral Home in Waynesville, OH.

Norman Clinton Leet, 71, of Waynesville, Ohio, died of natural causes at home earlier this month. He was preceded in death by his parents Clinton Harold Leet and Lorraine Viola Westcott Leet of Honesdale, PA. Norm was born in Susquehanna,... View Obituary & Service Information

The family of Norman Clinton Leet created this Life Tributes page to make it easy to share your memories.

Send flowers to the Leet family.