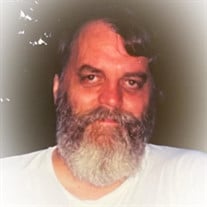 MICHEL, Stephen E., age 72, of Springboro, passed away Sunday, January 23, 2022. Steve was drafted into the Army and honorably served our country during Vietnam. He worked more than 40 years as a small engine mechanic, mostly for Central Sales in Miamisburg and ultimately retiring from Village Rental in Centerville in 2017. Quiet and often stubborn, Steve had an incredible work ethic who rarely took a day off. He enjoyed work and preferred being home and tinkering around the house in his free time. His love of keeping busy enabled him to connect with people via freelance work from his home, which he enjoyed. He loved his wood-burning fireplace and always enjoyed getting his kids to help split and stack the firewood, which became a fond tradition over the years. He was also very proud of his antique Wheel Horse riding lawnmower, which he kept running well after its useful lifespan. Among many things, he will be remembered for how much he enjoyed setting off fireworks for his family during the 4th of July holiday. He was preceded in death by his wife of 49 years, Debbie; one son, Zach Michel; an infant daughter, Angel; his parents, Charles and Margaret Michel; and three brothers, Dan, Phil, and Andy Michel. He is survived by three daughters, Emmy (Joe) Maggard, Mandy (Dwaine) Coffman, and Becky Michel; six grandchildren, Ellie, Marissa, Cody, Olivia, Emerson, and Everett; and daughter-in-law, Sarah Michel. On Tuesday, January 25, private services will be held at Stubbs-Conner Funeral Home in Waynesville. Burial will be in Miami Valley Memory Gardens. Pastor Bill Lamb will be officiating the services. If desired, contributions may be made to St. Jude’s Children’s Research Hospital. Condolences at www.stubbsconner.com.

MICHEL, Stephen E., age 72, of Springboro, passed away Sunday, January 23, 2022. Steve was drafted into the Army and honorably served our country during Vietnam. He worked more than 40 years as a small engine mechanic, mostly for Central Sales... View Obituary & Service Information

The family of Stephen E. Michel created this Life Tributes page to make it easy to share your memories.

Send flowers to the Michel family.