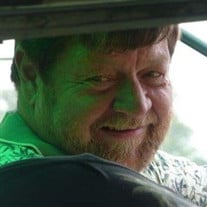 STEWART, Stephen R., age 68, of Waynesville, passed away Fri. Oct. 19, 2018 at his residence. Steve was born April 13, 1950 to Emerson “Red” Stewart Sr. and Irene Stewart in Dayton. He graduated from Waynesville High School, class of ’69. He proudly served in the Ohio Air Guard during the Vietnam Era. He was a member of Crossview Christian Church in Waynesville, the US Parachute Association, and charter member of the Parachute Industry Association. Steve’s passion for aviation and skydiving was unmatched. Over the years he was instrumental in the training and mentoring of many young pilots, airplane mechanics, and skydivers. Steve’s interest in helping others learn and grow launched many aviation related careers and his influence is felt across general aviation in the Midwest and beyond. He founded Waynesville Skydiving in 1969, shortly thereafter he founded Stewart Systems. Immersed in general aviation his entire life, Steve was a pioneer and innovator in the modern sport of skydiving. He created the Sweet Hog Container and Harness Parachute System, which helped pave the way for modern skydiving as it is today. A Commercial pilot with over 20,000 hours of flight time logged. Steve was also a FAA licensed Aircraft Inspector, a Master Parachute Rigger, and Designated Parachute Rigger Examiner by the FAA. Steve along with his wife Jane, were very family focused and always willing to open their home to others. The resulting village of family and friends constantly surrounding him was a comfort and joy throughout his life. Steve also enjoyed working on model airplane projects during the winter months. He was preceded in death by his wife Jane in 2007 and by his parents. He is survived by six children Jason (Emily) Praeter, Steve (Emily) Stewart, Eric (Kelli) Campbell, Amy Burd, Jaime Praeter (Jamie Garner), and Jon (Autumn) Stewart; 18 grandchildren; and two brothers Emerson “Cubby” (Cathy) Stewart and David “Dink” Stewart. A celebration of life service will be held 11 AM Fri. Oct. 26 at Crossview Christian Church in Waynesville. Steve Williamson will be officiating. Graveside services, with full military honors, will immediately follow the celebration at Miami Cemetery in Corwin. The family will receive friends 6-9 PM Thurs. at the church. Stubbs-Conner Funeral Home in Waynesville is serving the family. Condolences at www.stubbsconner.com.

The family of Stephen R. Stewart created this Life Tributes page to make it easy to share your memories.

Send flowers to the Stewart family.