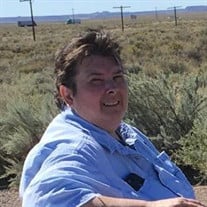 HOLLAND, Teresa L., age 61, of Wilmington and formerly of Clarksville, passed away Sun., Dec. 23, 2018 at her residence. Teresa graduated from Clinton Massie High School, class of ’75. An honors student, she excelled in sports, participating in softball, basketball, and volleyball. Following high school, she continued to play softball on The Travelers Softball Team. She worked 28 years for Mitsubishi in Mason. Outgoing, fun-loving, caring, and strong-willed, Teresa greatly enjoyed camping, fishing, cooking, and when she was younger, sewing. As an admirer of the outdoors and travel, she often found herself on trips involving the great outdoors. Trips to the Red Wood Forest, Michigan to see the Holland tulips, and Gatlinburg were some of her favorites. She also enjoyed taking pictures whenever she could. Teresa was often described as the life of the party and made many close friends over the years. She collected banks, bass figurines, and baseball memorabilia. Not only will she be remembered for the awesome homemade pizza that she made on Christmas Eve, she was adored for her kind heart. She was preceded in death by her father Howard Holland, several aunts and uncles, and by her beloved black lab Dixie Jane. She is survived by her mother Helen Holland; three sisters Rhonda (Dana) Combs, Jennifer (Darrell) McIntosh, and Gayle Holland (Stephen); nieces and nephews Dustin McCarren, Courtney Combs, Samantha McCarren, Hunter McIntosh, Morgan McIntosh, and Sadie McIntosh; and her precious white cat Sir William Wallace. The family will receive friends 4-7 PM Thurs. Dec. 27 at Stubbs-Conner Funeral Home in Waynesville. A funeral service will be held immediately following the visitation 7 PM Thurs. at the funeral home. An additional memorial service will be held 1 PM Fri. Jan. 4 at Stubbs-Conner Funeral Home immediately followed by burial at Bellbrook Cemetery. Condolences at www.stubbsconner.com.

The family of Teresa L. Holland created this Life Tributes page to make it easy to share your memories.

HOLLAND, Teresa L., age 61, of Wilmington and formerly of Clarksville,...

Send flowers to the Holland family.