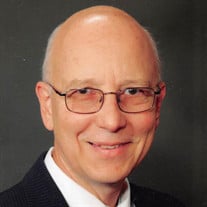 PAWLEY, Thomas E., age 75, of Liberty Township, passed away Sat., Nov. 23, 2019 at West Chester Hospital. Tom graduated from Lyons Township High School in La Grange, IL in 1962. In 1966, he graduated from Miami University in Oxford with a bachelor’s degree in accounting. He served our country in the U.S. Army in Vietnam. He retired in 2008 after spending all of his working life as a CPA. Gentle, kind, and articulate, Tom had a dry wit, an extensive vocabulary, and was a wonderful listener. He taught his children many fine character traits by leading with grace and by example. He greatly enjoyed cycling, especially alongside a friend on the Little Miami Trail. He also enjoyed working around the house, proudly working from his beloved and expansive workbench that held the tools passed down from his father and grandfather. Among many things, Tom will be remembered for his laid back personality and never allowing himself to show anger toward others. A lifelong Christian, he was recently described as one who most demonstrated the Christian faith. He was preceded in death by his parents Lawrence and Vivian Pawley. He is survived by his wife of 49 1/2 years, Beverly (née Stuckert); three children Kathleen (Steve) Keener, Thomas Eric (Mee Sun) Pawley, and Melissa (Joel) Vaught; seven grandsons Matthew Keener, Eric Keener, Joshua Keener, Joseph Pawley, Jonathon Pawley, Thomas Pawley, and Nathaniel Vaught; step granddaughter Hannah Vaught; and his brother Robert (Judy) Pawley. Funeral services will be held 1 PM Sat., Nov. 30 at Stubbs-Conner Funeral Home in Waynesville. Rev. David Stephens will be officiating the services. Burial will be in Miami Cemetery, Corwin. The family will receive friends 11 AM - 1 PM Sat. at the funeral home. If desired, contributions may be made to the Liberty Township Fire Department, 6682 Princeton-Glendale Rd., Hamilton, OH 45011. Condolences at www.stubbsconner.com.

The family of Thomas E. Pawley created this Life Tributes page to make it easy to share your memories.

Send flowers to the Pawley family.