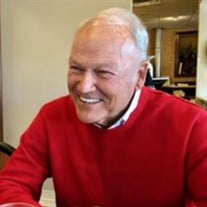 ROBINSON, Tom, age 80, beloved husband, father, grandfather, brother, uncle, educator, and friend, passed away at his home on Lake Norman, North Carolina on September 17, 2020. Tom was a 1957 graduate of Waynesville High School. He received his Bachelor’s and Master’s degrees from Morehead State University. Tom dedicated his life to serving others. A teacher and principal for forty years. He served students at Kettering, Waynesville, Princeton, and North Iredell, NC. He impacted the lives of countless young people to “leave it better than you found it”. A phrase that best describes the positive way he touched those who knew, admired, and loved him. Tom had an amazing heart for others. He eagerly found ways to serve the Waynesville community. Not only was he a teacher and football coach, he was also a volunteer (I.e., scoutmaster, fireman, tireless worker for local activities such as the Sauerkraut Festival). Those left to cherish his memory include his wife Norma, his daughter Holly (Rodney) Robbins, his son Todd (Kristan) Robinson, grandchildren Brynn and Bryce Lofton, Cole, Grant, and Ramsay Robinson, his sister Sybil (Keith) Frasure, brother Fred (Jerri) LeMay, sister-in-law Christie Robinson. Plus, other family, classmates, and a plethora of friends. He was preceded in death by his parents, Charles and Mary LeMay and his brother Dick Robinson. Due to COVID-19 concerns, a gathering to celebrate Tom’s life will be held at a future date to be announced. Memorial donations may be made to the Wayne Township Fire Department, 165 Main Street, Waynesville, Ohio, 45068. Stubbs-Conner Funeral Home will be assisting the family with future arrangements.

The family of Tom Robinson created this Life Tributes page to make it easy to share your memories.

Send flowers to the Robinson family.