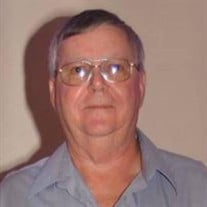 DALTON, Tyrone “Ty” Trent, age 75, of Centerville, passed away Sunday, July 4, 2021 at Hospice of Dayton. Ty graduated Miamisburg High School, class of ’64. He retired as a tool and die maker from GM in 1999 after more than 30 years of service. Outgoing and often teasing others in a fun way, Ty had a friendly and enjoyable personality which resulted in friends and family naturally gravitating towards him in a crowd. He was always helpful and eager to please others, especially when it came to assisting his wife in their dance studio and with their competitions, which he thoroughly enjoyed. When his boys were younger, he served as a Boy Scout leader, resulting in a joy for hiking and other outdoor adventure pursuits during that time. His other hobbies included hunting, boating, and attending his kids’ and grandchildren’s sport competitions, dance competitions, and school concerts. One of his favorite things to do in his free time was fishing, especially to Rocky Fork and Caesar Creek Lake, but his favorite location was Grand Lake Saint Marys. He also loved to travel. In addition to the decades worth of national dance competitions, which he never missed a single year, he engaged in many trips to Las Vegas to watch the shows, several ocean cruises, with the two that circled the Hawaii Islands being his favorite, and a multitude of family vacations to Grand Lake Saint Marys, which he loved to plan almost as much as being there. Among many things, he will be remembered for how much he savored cooking hamburgers on the grill, his enjoyment of eating a good breakfast in the morning, and for his absolute love of Brach’s Star Brites Peppermint Candy, which he always kept in his pocket and would pass out to friends and family wherever he went. He was preceded in death by his parents William Dalton and Dorothy Wilson, step dad Jim Wilson, and two brothers Ted and Tom Dalton. He is survived by his loving wife of 54 years, Joyce; two sons Todd (Christina) Dalton and Brent (Amanda) Dalton; seven grandchildren Zachary, Reagan, Caitlin, Colin, Cayden, Carson, and Carmen; one brother Terry (Sandy) Dalton; and many nieces, nephews, and close friends. The family will receive friends 4 -8 PM Sunday, July 11 at Stubbs-Conner Funeral Home in Waynesville. A funeral service will be held 11 AM Monday at the funeral home with Josh Stover officiating the services. Burial will be in David Cemetery. If desired, contributions may be made to the American Liver Foundation and/or Hospice of Dayton. Condolences at www.stubbsconner.com.

The family of Tyrone "Ty" Trent Dalton created this Life Tributes page to make it easy to share your memories.

Send flowers to the Dalton family.