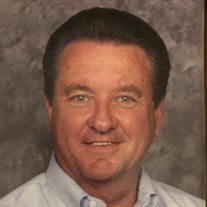 WINKLER, Walker Lee, age 71, of Waynesville, passed away Fri. March 30, 2018 at his residence. Lee is a veteran of the U.S. Marine Corp. He co-founded Tri-State Paper Inc, Centerville, in 1979 and owned and operated the business for the past 39 years. He owned Olive Branch Campground from 2007-2016. He was a member of the Dodds Pentecostal Church, Waynesville Masonic Lodge #163, Warren County Shrine Club, Scottish Rite Valley of Dayton, and was bestowed the title of KY Colonel. A very giving and selfless man, Lee was always looking out for the underdog. He quietly set a good standard and mentored so many people over the years, remembering his humble upbringing. He was affectionate toward those he loved and very patriotic. He greatly enjoyed his work life, touring in his RV, fishing, hunting, riding ATV’s, and spending time with his family. He will be especially remembered for the way he could spread gravel so perfectly with his skid steer. He was preceded in death by his parents Arthur Lee and Alena Winkler and one sister Barbara Reece. He is survived by his wife of 54 years, Irene; three sons Walker (Tammie) Winkler Jr., Jeff (Debbie) Winkler, and Josh (Amanda) Winkler; seven grandchildren Jacob (Ashley) Winkler, Ashley Denehy, Jeffrey Winkler Jr., Isabella Winkler, Makenna Winkler, Alyssa Winkler, and Gabriella Winkler; two great grandchildren Carrick and Cahlen Denehy; and one sister Crystal (Ron) Soles. Funeral services will be held 11 AM Wed. April. 4 at Dodds Pentecostal Church. Burial will be in Miami Cemetery, Corwin. Pastor Kelly Rogers will be the lead officiant. The family will receive friends 4-8 PM Tues. at the church. If desired, contributions may be made to the Dayton Shriner’s Burn Hospital or the St. Jude Children’s Research Hospital. Stubbs-Conner Funeral Home in Waynesville is serving the family. Condolences at www.stubbsconner.com.

WINKLER, Walker Lee, age 71, of Waynesville, passed away Fri. March 30, 2018 at his residence. Lee is a veteran of the U.S. Marine Corp. He co-founded Tri-State Paper Inc, Centerville, in 1979 and owned and operated the business for the past... View Obituary & Service Information

The family of Walker Lee Winkler created this Life Tributes page to make it easy to share your memories.

Send flowers to the Winkler family.